Arthur Homeshaw was a Westcountry artist whose work tapped into the deep-rooted influences that represent the best in English art. These perspectives are discernible in both his linocuts and his pastels. He developed a stylized manner of rendering reality. His work can be placed in the English romantic tradition of Paul Nash (1889-1946) and his work also reveals the influence of the wood engravings of Eric Ravilious(1903 -1942).

He was a member of the Royal West of England Academy since 1964. He was a Senior Member of the Academy. His work has also been purchased by the Victoria and Albert Museum (The Giles Bequest Linocut Competition).In addition, his linocuts have been selected for the Summer Exhibition of the Royal Academy in 1964,1984, and 1985.His work has also been purchased by BP, Devon County Council, and Exeter University. Between 2006 and 2010 his work has been exhibited and sold at the Affordable Art fair in London. Homeshaw’s work whether it is in the medium of linocuts or pastels represents a rare and unique talent. His work is now highly collectable. 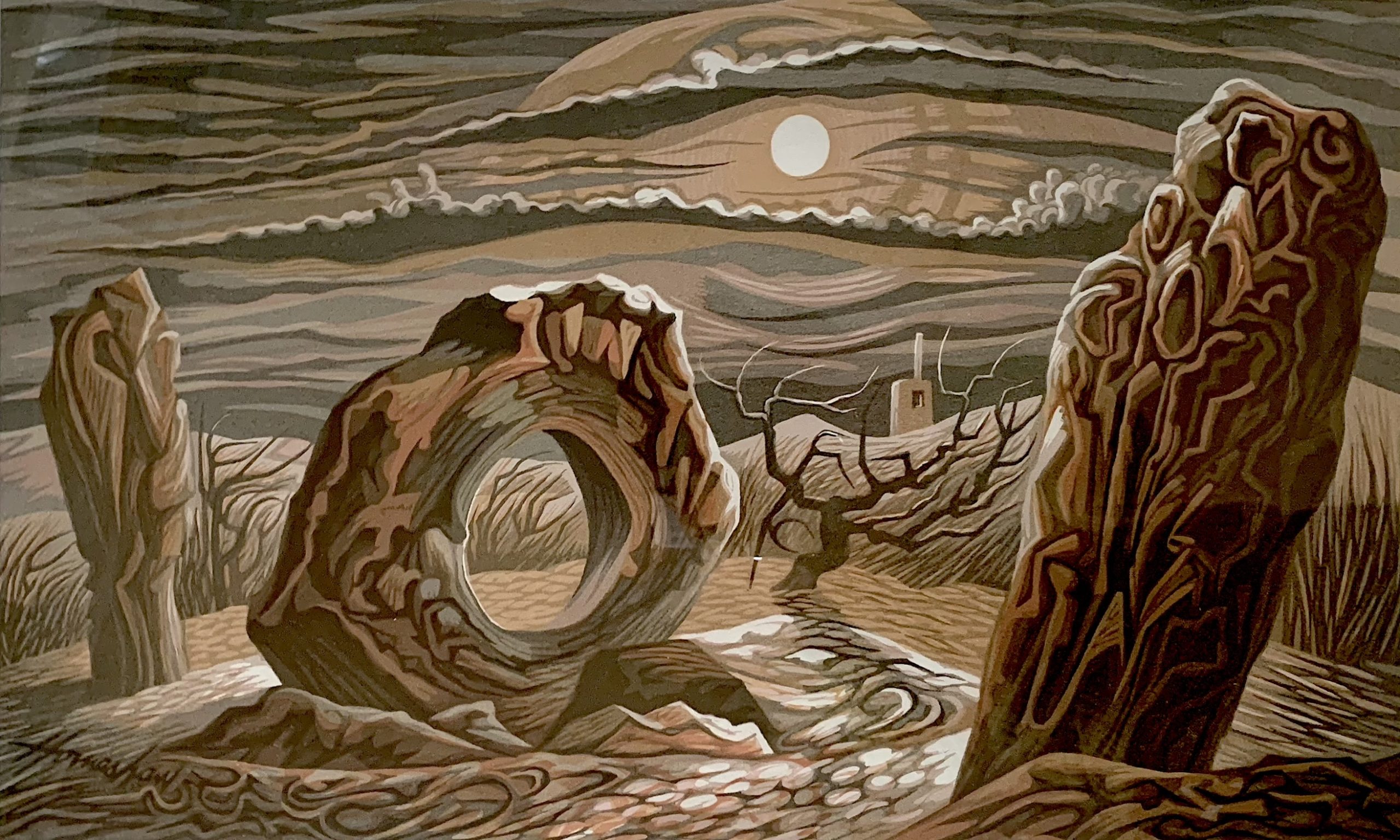